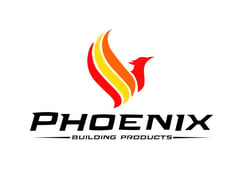 How to Choose a Winter Deicing Agent

When choosing a deicer, there are a number of things to consider, including cost, long term effects, and effectiveness. It’s important to know what your deicing agent is composed of, and to keep in mind that the cheapest isn’t always the most effective. What you choose will vary depending on what type of area you are applying your agent to, the predicted drop in temperature, and maybe your own personal preference. 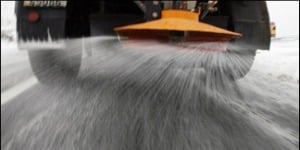 One of the most commonly used deicers is rock salt. These irregularly shaped sodium chloride crystals are effective in temperatures as low as 20 degrees and is relatively inexpensive. If used in high concentrations, rock salt can build up in soil and cause permanent damage to vegetation. Rock salt is corrosive towards metals, but will not chemically harm concrete. Rock salt will leave a white powdery residue on clothing when dry, and becomes less and less effective in temperatures below freezing. Rock salt is commonly used on highways in combination with liquid calcium chloride.

Urea and potassium chloride are both endothermic, meaning instead of giving off heat, heat is absorbed. Both of these agents are considered to be the safest to use around vegetation, however start to become ineffective at 20 degrees Fahrenheit, making them less effective in lower temperatures. Both agents leave a powdery residue and have a higher application rate. Since urea does not contain chlorides, it is not corrosive and is commonly used in areas where chloride can’t be used, such as airports or elevated walkways.

Sodium acetate is used on airport runways as a solid deicer, being FAA approved. Sodium acetate gives off heat like calcium chloride, but is faster and more efficient. It works longer and doesn’t require as many applications. Both sodium acetate and chloride magnesium acetate (CMA) work in temperatures as low as 0-5 degrees. Turning snow and ice into a slushy mix, these deicers are not ideal for walkways. CMA prevents snow and ice from sticking to surfaces, as well as to each other. Biodegradable, CMA is often used on roads, bridges, and parking surfaces. Combined with salt, CMA is used as a corrosion inhibitor.

It's not too early to start preparing for colder temperatures and all that winter brings! Contact us for your winter deicing product needs.

Qualities to look for in a building material supplier

Tips to Remodel Your Fireplace

For information on donations please follow the link below.